It’s still a bit of a shock when I see this date: October 18, 1929. What’s so special about this day? It’s the date (some) women became persons under the law in Canada. Can you believe that was less than 100 years ago? It is astounding to think that my grandmother was not considered a person or equal to my grandfather. Just sit with that for a moment. I am eternally grateful for the sacrifice and the strength of the women who fought for our equality. We (the KHD team) are grateful for Persons Day.

There’s a saying which has been attributed to different historical figures that goes, “Well behaved women seldom make history.” These women must have behaved very badly by societal standards at the time, and we are so glad they did! Five brave women, (the Famous 5), fought the Supreme Court of Canada for women to be included in the definition of person and after they denied it, they went to the highest court of appeal. Emily Murphy, Nelly McClung, Louise McKinney, Irene Parlby and Henrietta Muir Edwards journeyed to London to appeal the case with the Judicial Committee of the Privy Council of Great Britain. On October 18, 2019, after a long battle, they received the verdict they were looking for. Lord Sankey, Lord Chancellor of Great Britain, announced “The exclusion of women from all public offices is a relic of days more barbarous than ours. And to those who would ask why the word ‘person’ should include females, the obvious answer is, why should it not?”

It would be some time before all women received recognition as persons, but this was a huge win in the fight for gender equality and gave way to a great many fundamental things that would not be possible without it. If not for this law and the precedent it set, women would not be allowed to open a business, hold political office, control their own destinies.

How the Persons Day decision affects the women of KHD

In the spirit of the Famous 5, Persons Day, and all that it imbues, our KHD team loves to lift women up, connect them to others, and bring them to the realization of their own dreams. I support the Famous 5 Foundation in Calgary whose goal is to encourage and empower a new generation of nation builders. Our internal team is filled with strong, vibrant, and skilled women who create technical and beautiful designs and have been trailblazers within the design and construction industries.

When women are at the table, the conversation is different. And if I might be so bold as to say it’s not just different, it’s richer, better. We are half the population. Before this ruling, we didn’t have a seat at the table. We didn’t have a voice. Half the population was not represented in leadership and had obstacles in the way of them achieving their dreams. We want to empower every individual to achieve their goals with no barricades in the way of their development.

There’s still a long way to go in the fight for human and gender equality, but today we have a smile of gratitude on our faces and joy in our hearts when we consider this large win that paved the way for so many women. Happy Persons Day!

If you would like to talk to the KHD team about putting fresh energy into loving your home, let’s talk.

AN OVERVIEW OF OUR PROCESS

Like what you see? Learn about our detailed process, or get in touch with us anytime. 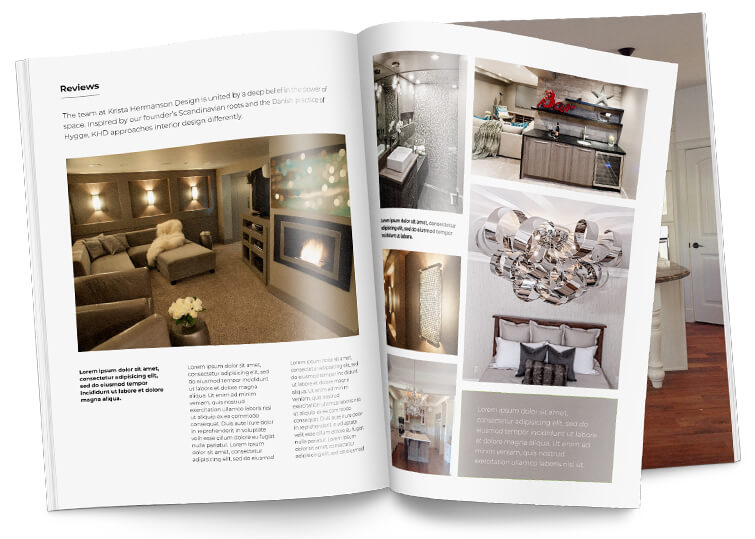 WHAT OUR CLIENTS ARE SAYING

People are our passion

Krista ( sweet Krista ) As I started to pick everything up, it’s one of those thoughts that come to you that you wish time could have “paused” because you don’t want something so special to end. As you noticed, I had smiles from ear to ear. I was so excited and just in awe for all the support and love around. You, Maggie, and Jenny~ the reason for it all. ⭐️ The peace and calmness that my house brings me is something I can’t even describe to all of you. It is a foundation of love, passion, creativity, and so much more. I hope you know, you and your team deserve it all. Every single person in the house continues to talk about how beautiful the house is; the finishing touches, the quality, the comfort and of course the people behind it. This home is an essence of you and your hard work and I will forever be grateful. This is your home always.

READ MORE
Follow Us On Instagram
𝐘𝐨𝐮𝐫 𝐤𝐢𝐭𝐜𝐡𝐞𝐧 𝐥𝐚𝐲𝐨𝐮𝐭 𝐂𝐀𝐍 𝐦𝐚𝐤𝐞 𝐲𝐨𝐮 𝐞𝐧𝐣𝐨𝐲 𝐜𝐨𝐨𝐤𝐢𝐧𝐠!⁣⁣ ⁣⁣ 🖼 𝘗𝘪𝘤𝘵𝘶𝘳𝘦 𝘵𝘩𝘪𝘴: You're hearing, "What's for dinner?!" for the millionth time — this is not an exaggeration 😉 — and instead of dragging yourself to the kitchen...
𝐇𝐨𝐰 𝐢𝐭 𝗦𝘁𝗮𝗿𝘁𝗲𝗱 𝘃𝘀 𝗛𝗼𝘄 𝗶𝘁'𝘀 𝗚𝗼𝗶𝗻𝗴⁣ ⁣ In other words, here are the before & after photos of the bright kitchen we shared earlier this week!⁣ ⁣ What do you think of the change?⁣ ⁣ ⁣ ⁣ ⁣ ⁣ ⁣ #beforeandafter #happyclients #fireplaces #reveal #celebrate...
𝐂𝐚𝐧 𝐚 𝐫𝐞𝐧𝐨𝐯𝐚𝐭𝐢𝐨𝐧 𝐫𝐞𝐚𝐥𝐥𝐲 𝐦𝐚𝐤𝐞 𝐲𝐨𝐮𝐫 𝐥𝐢𝐟𝐞 𝐛𝐞𝐭𝐭𝐞𝐫?⁣ ⁣ This loving family says, "Yes!" Since renovating this bright kitchen, they have enjoyed cooking gourmet meals together and have made spending quality time a priority.⁣ ⁣ There's something for everyone...
𝐏𝐎𝐕: 𝐘𝐨𝐮𝐫 𝐜𝐥𝐢𝐞𝐧𝐭 𝐢𝐬 𝐬𝐨 𝐡𝐚𝐩𝐩𝐲 𝐭𝐡𝐚𝐭 𝐭𝐡𝐞𝐲 𝐠𝐢𝐯𝐞 𝐲𝐨𝐮 𝐚𝐧 𝐚𝐰𝐚𝐫𝐝!⁣ ⁣ 𝘞𝘦'𝘳𝘦 𝘯𝘰𝘵 𝘤𝘳𝘺𝘪𝘯𝘨. 𝘠𝘰𝘶'𝘳𝘦 𝘤𝘳𝘺𝘪𝘯𝘨! Okay, it's us… Your words touch us so deeply, dear clients. We love getting to know your hearts and...
🌱 𝗪𝐞 𝐥𝐨𝐯𝐞 𝐬𝐞𝐞𝐢𝐧𝐠 𝐝𝐫𝐞𝐚𝐦𝐬 𝐛𝐞𝐜𝐨𝐦𝐞 𝐫𝐞𝐚𝐥𝐢𝐭𝐲!⁣ ⁣ We’ve been told that this renovation has already seen a few gatherings and we’re so thrilled! ⁣ ⁣ What you see in this video is new flooring, paint, lighting, and a state-of-the-art kitchen with double ovens, a gas...
𝟑 𝐒𝐭𝐞𝐩𝐬 𝐭𝐨 𝐂𝐫𝐞𝐚𝐭𝐞 𝐚 𝐂𝐨𝐡𝐞𝐬𝐢𝐯𝐞 𝐋𝐢𝐠𝐡𝐭𝐢𝐧𝐠 𝐒𝐜𝐡𝐞𝐦𝐞⁣ ⁣ We know selecting lighting can be tricky so here are our tips to create a stunning & cohesive lighting scheme for your home! ⁣ ⁣ 💡 Step 1. Know what...